After a long flight with no vegan options, I was ready for something healthy! Being Christmas Eve, I was unsure what would be open in Amsterdam. Luckily, Vegabond popped up as an open option and only about 10 minutes from our hotel.

It’s a cute little grocery with dessert case and a few food options. I was so overwhelmed by the grocery part that I almost missed the menu. 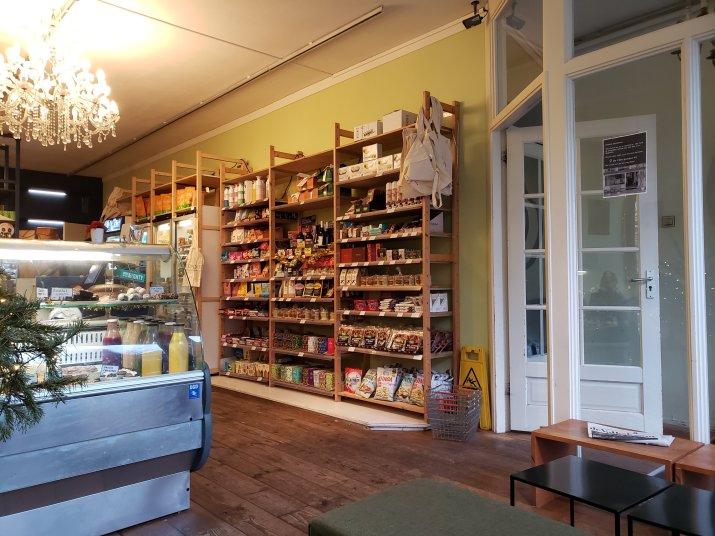 I decided on the Glorious Grains and Rainbow Roots, a tumeric soy milk latte, and a chocolate cupcake to share with hubby. Hubby picked out a chai latte and cinnamon roll. I think he didn’t want to share and that was why he picked such cinnamon heavy treats (I’m allergic to cinnamon). 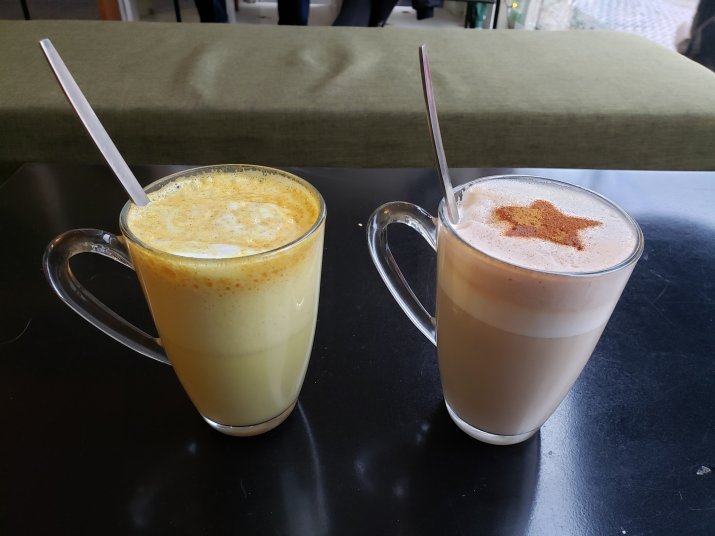 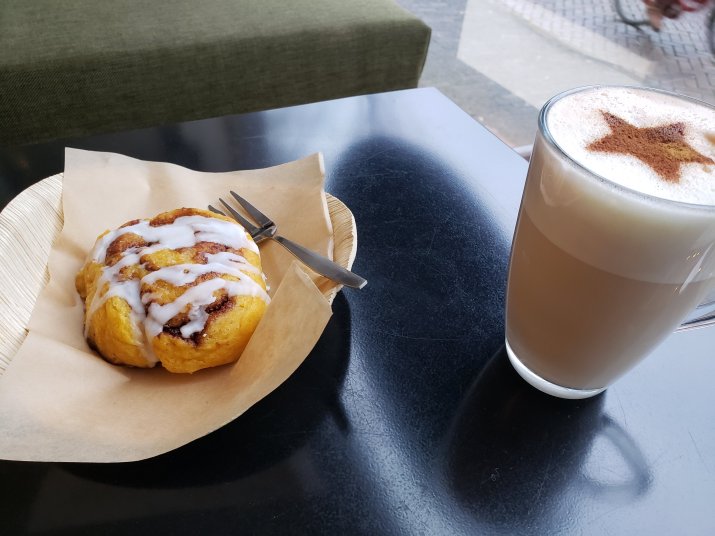 I really enjoyed my plate, lots of yummy and fresh flavors, but the rest was just okay. Hubby was especially disappointed with his cinnamon roll. He said it was not what he expected.

Vegabond gets two out of five vegan cupcakes. I liked my plate, but the latte was too bitter and the cupcake dry. Hubby was unimpressed. The space is not well thought out either. Definitely try to find another spot for a quick meal and stick to this place for the fun vegan grocery items. Oh, and there is no bathroom. 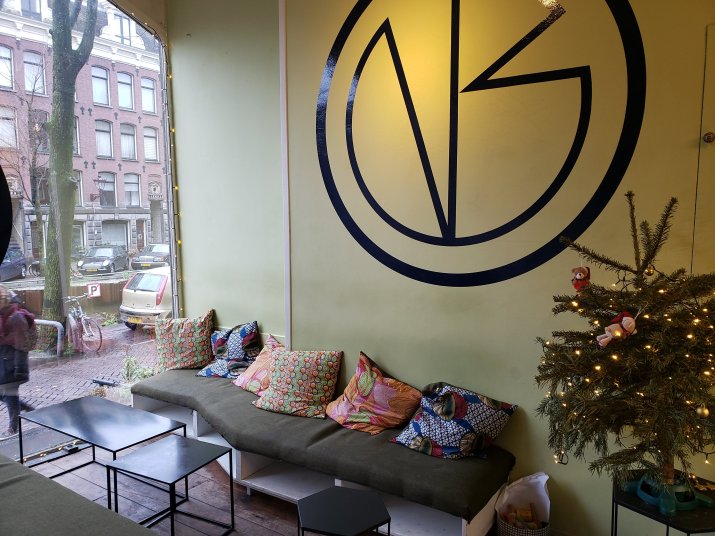 I later got a kombucha out of the case and was also unhappy with it. 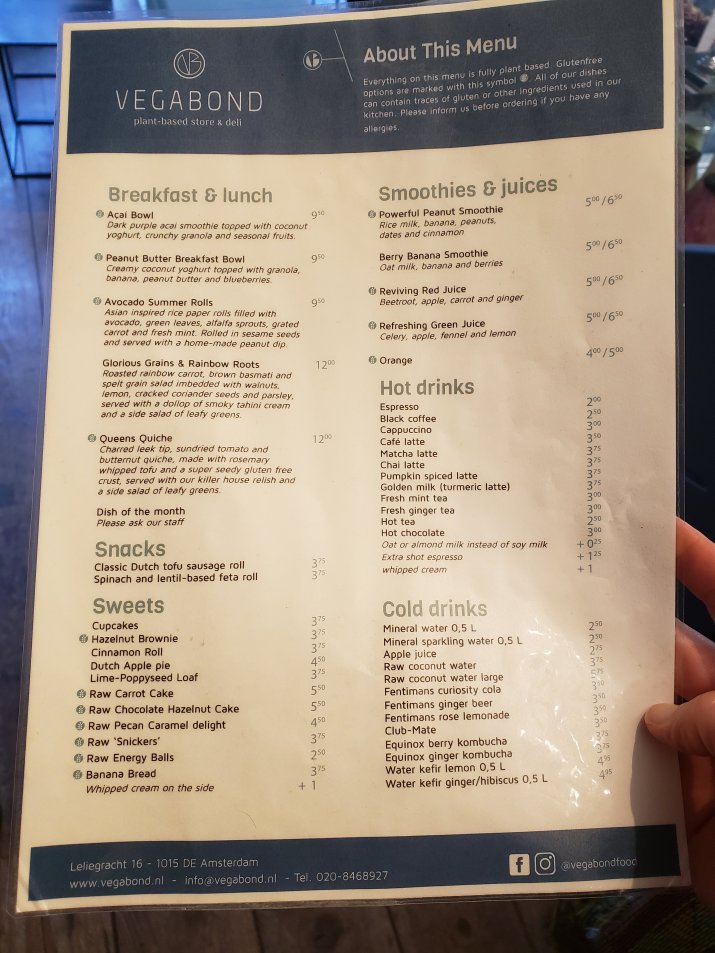