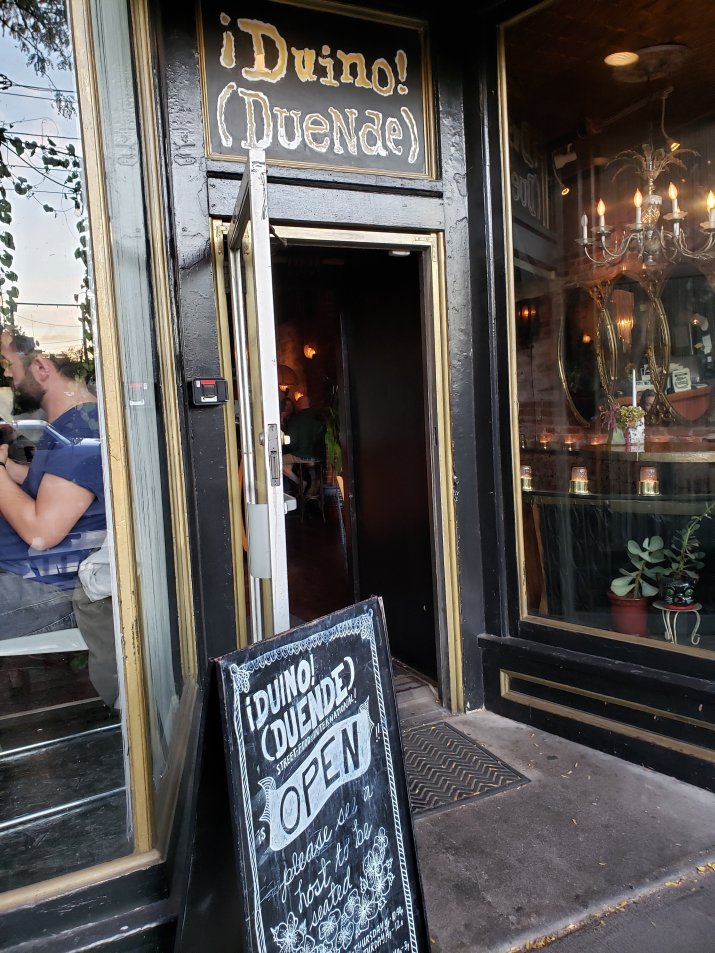 ¡Duino! (Duende) in Burlington, Vermont is a fun little dark restaurant with a connected bar.

We sat at a round table with a tall candle and fresh flowers. Although we were waiting for others to join us, we were starving after a multiple hour bike ride. So we ordered appetizers right away. 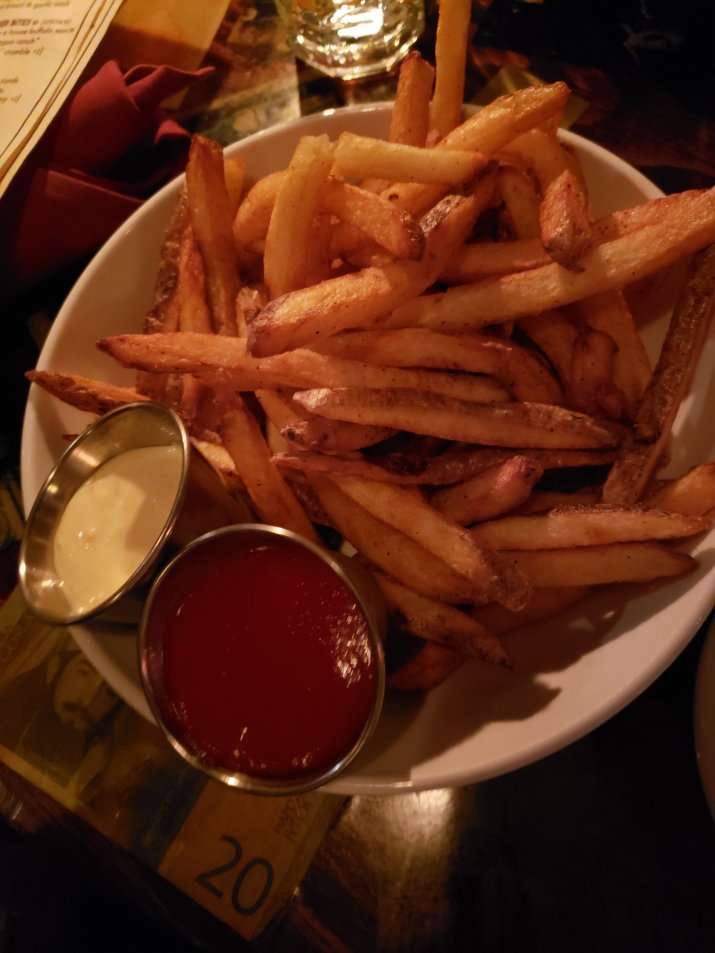 Buffalo Cauliflower Bites and Frites appeared to our delight. The Cauliflower Bites were not very spicy, were soggy, and cold. The Frites were crispy the way I enjoy. For entrees we picked out the vegan Cubano and the Vegan Pad Thai. The Cubano was okay according to Hubby. My Pad Thai was more like soupy noodles than traditional Pad Thai.

There were a couple vegan sorbet options for dessert, dark chocolate and lemon, but we opted to skip dessert. Especially after our disappointment in the food.

We had something very silly happen. In fact our friends called it the “most Vermont thing to happen to tourists.”

I went to the bathroom, which is covered in copper, but there was a dozen eggs in the mirror ledge. I opened the egg carton to find non matching eggs in different sizes and colors. This seemed strange and thus I began asking others if it seemed normal. Even our server was surprised, but the eggs stayed in there. After a bit, Hubby pulled them out to show others. A woman appeared and said, “Those are my eggs. I trade bread for eggs.” We were all so surprised that Hubby handed them over, she walked away, and we completely lost it to fits of laughter.

¡Duino! (Duende) gets two out of five vegan cup cakes. The food was not great and the service was very slow.