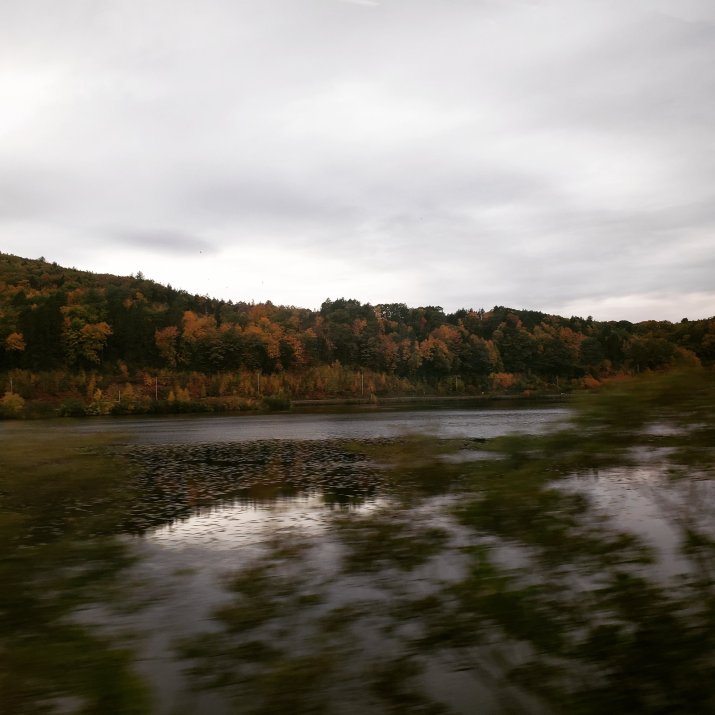 Today we took the ambitious Vermonter from Philly to Burlington, Vermont. It was an 11 hour train trip with some of the most stunning leaf-peeping I have ever seen. We came at just the right time to see the fall colors!

After 11 hours stuck on a train that sold out of vegan options, we were hungry and desperately wanting a walk. From our adorable Airbnb, we headed to the main downtown area of restaurants and shopping. Most things were closed at 10:00, but American Flatbread was open. I remembered from research for previous trips that they had vegan options, so we asked for a table.

Our eyes went straight to the salad section and drooling began over the Evolution Salad. We each ordered one and a small Flatbread pizza with sauce, mushrooms, red onions, green peppers, and vegan cheese. 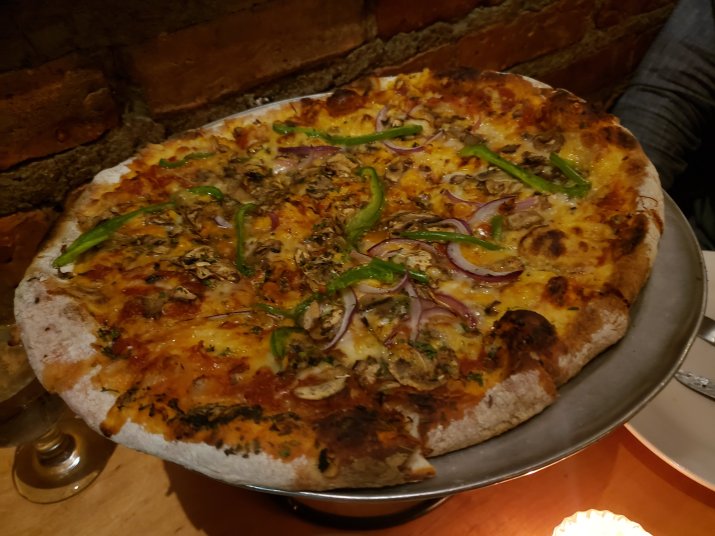 We were not disappointed and scarfed everything down. The salads were light without many different flavors. The pizza was a bit bland, but hit the spot.

Our waiter was attentive and the space friendly. It’s a large open room and even after 10:00 had several tables of people eating.

American Flatbread gets three out of five vegan cupcakes. The food is not memorable, but it hits the spot. The space is clearly a landing spot for anyone seeking to eat later in the evening. 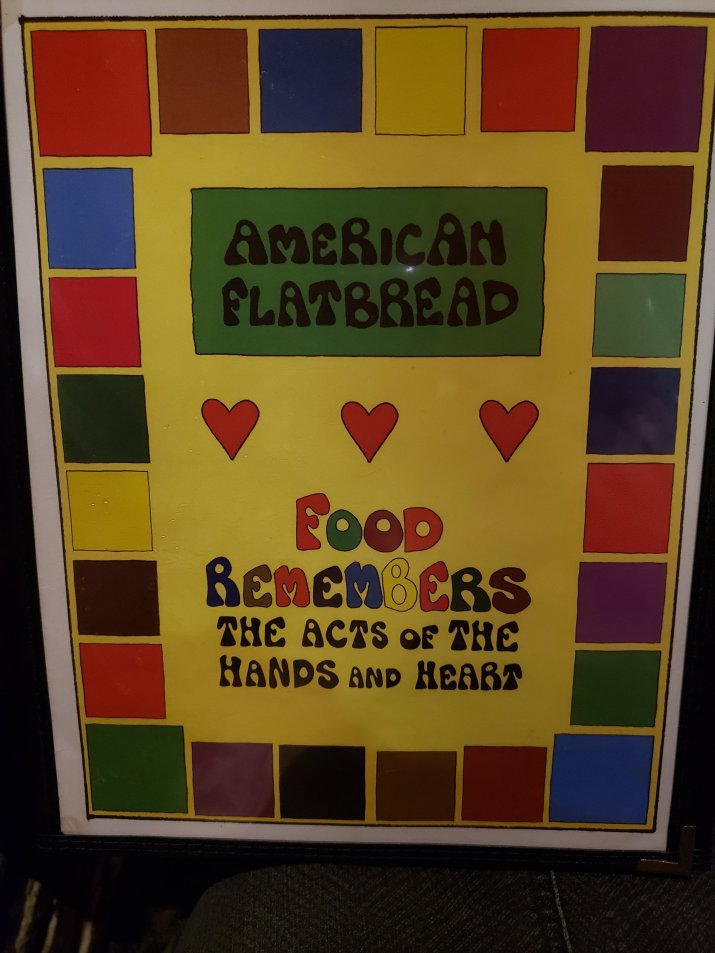 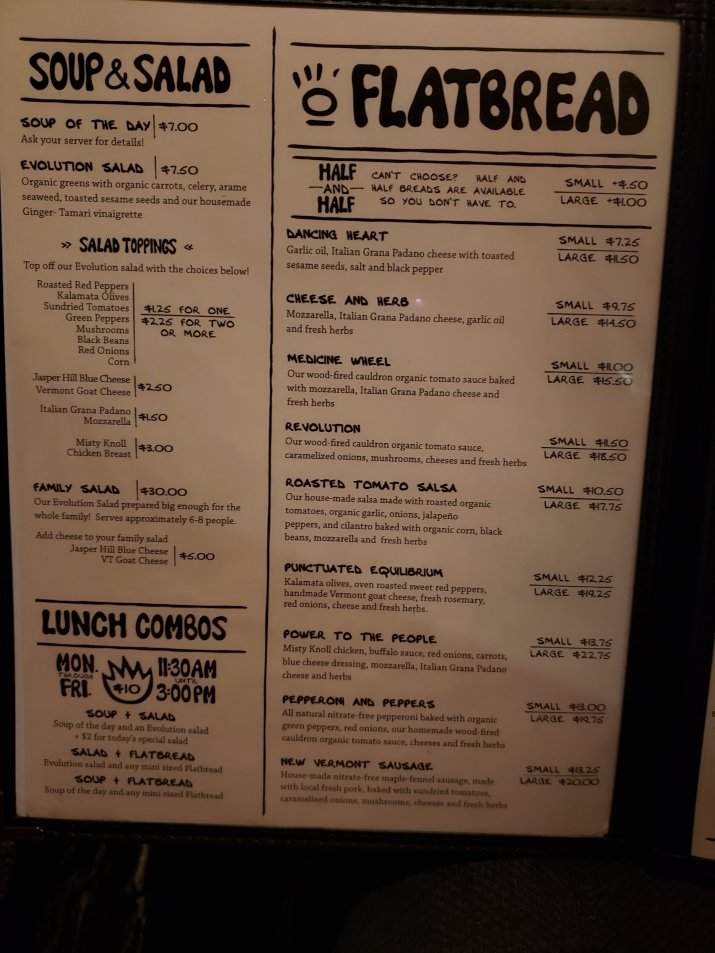