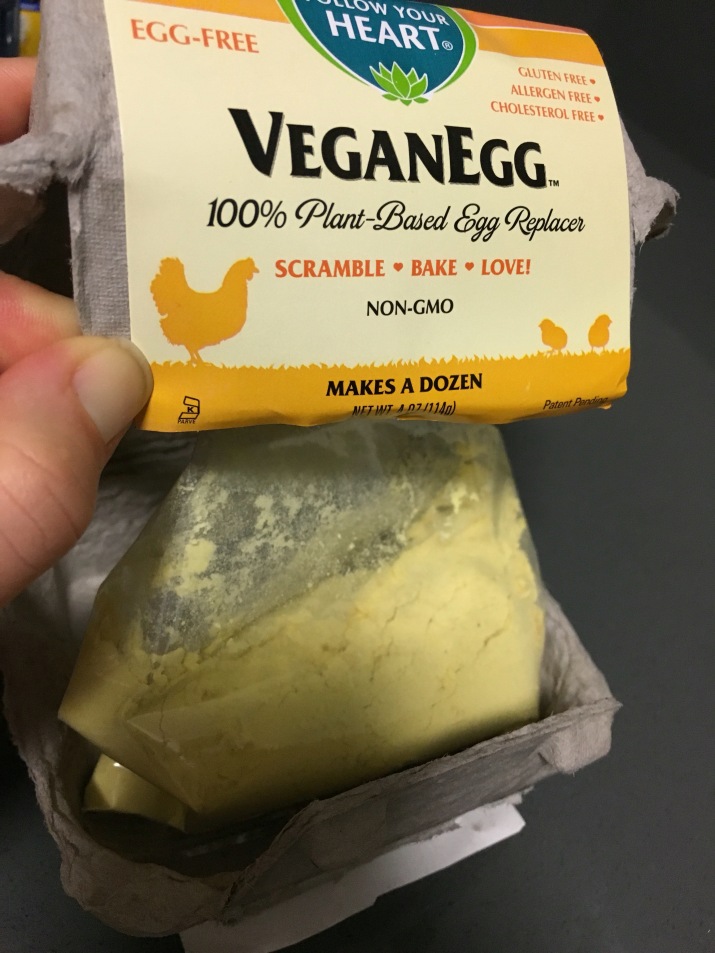 Woo hoo! Finally found the VeganEgg at a local grocery. Now what? It has been almost two decades since I cooked with eggs. Also, I have read reviews that this product will mimic the texture of eggs, but not the full flavor. Okay. So make something with egg that has its own personality. Frittata!

I had never made a frittata, but knew they are considered simple. A quick search of recipes gave me confidence I could pull this off. But, first, I had to make sure my pan could go from stovetop to oven without melting. An important piece of the recipe. Another quick internet search. Luckily, mine can. I based the recipe on the size of my pan that is not super big. What you will need:

1/2 an onion, sliced thin in half circles

1/2 a red bell pepper, seeds and stem removed and sliced thin to match the onion

Preheat oven to 450. Sauté at medium all but the VeganEgg until soft. Add VeganEgg and stir together. Make everything flat and raise burner heat to medium high. Let cook until the sides are pulling away from the pan. Move pan to oven and cook until top is browning.

After pulling from the oven, I decided to sprinkle with shredded mozzarella.

I was not disappointed. I think next time I will add some nutritional yeast. It was good, but from the veggies. The VeganEgg will benefit from more spices. This was Yummers though!