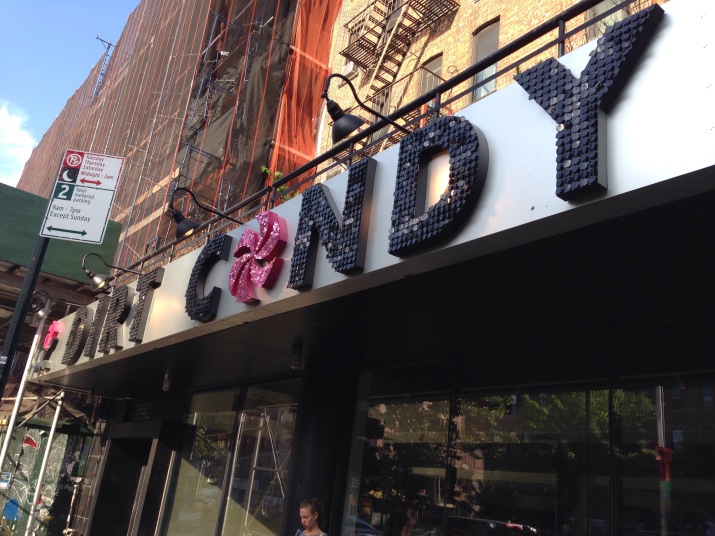 I have been trying to eat here for about two years. The hype has been crazy and the reservations non-existent unless willing to eat at 11pm. Finally, after getting a reservation two months in advance, I got to try Dirt Candy. It was good. Very inventive. So inventive, that I didn’t like several of the things I tried and hubby was disappointed.

The dishes are very small, but very expensive. 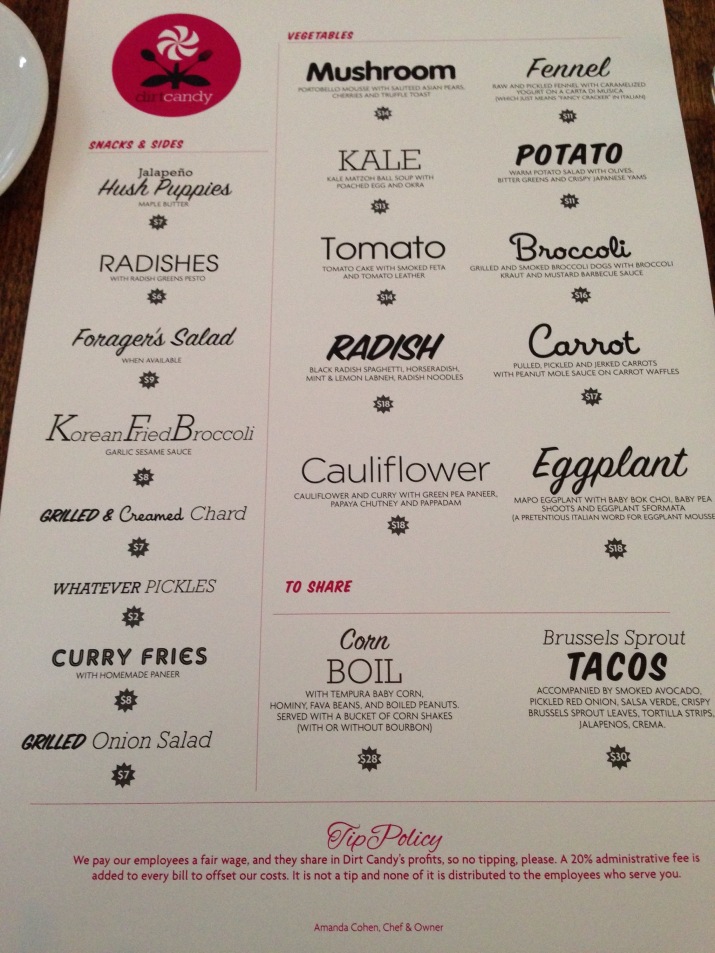 We got the hush puppies, kale, mushrooms, fennel, carrots, and the corn boil. 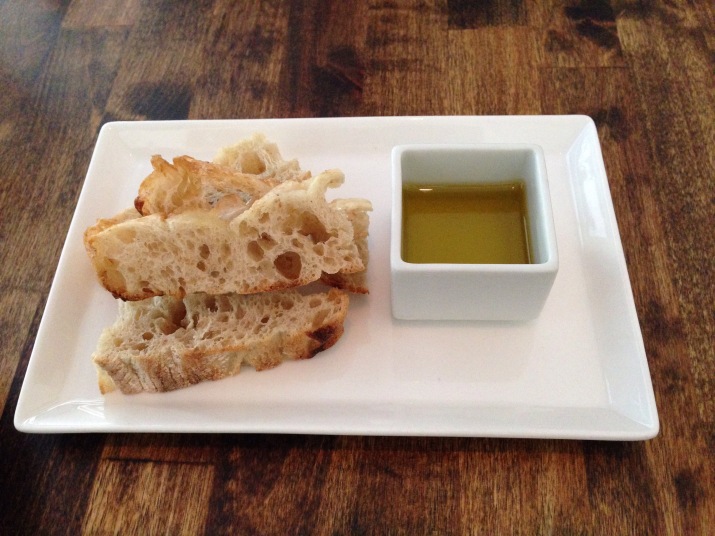 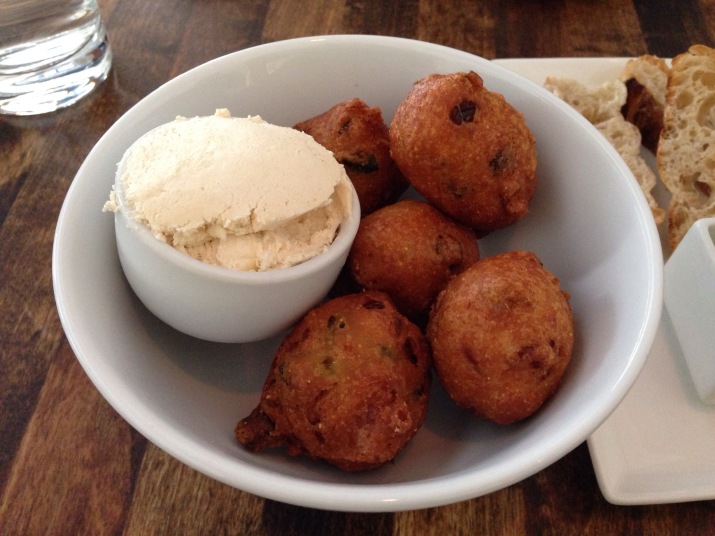 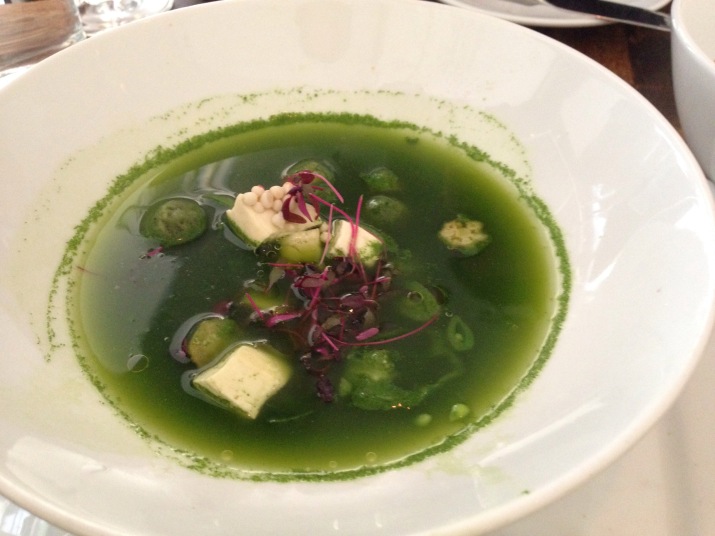 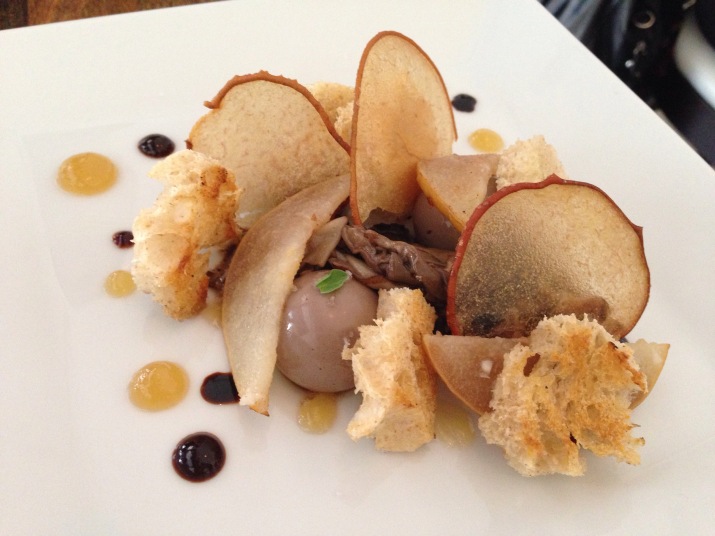 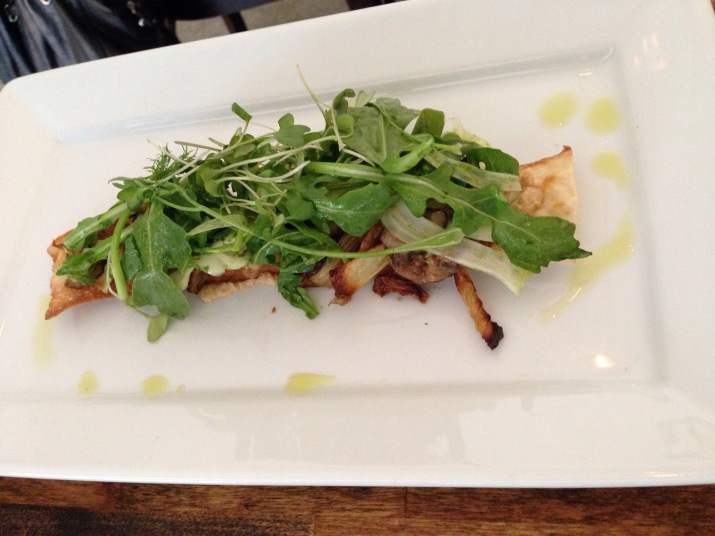 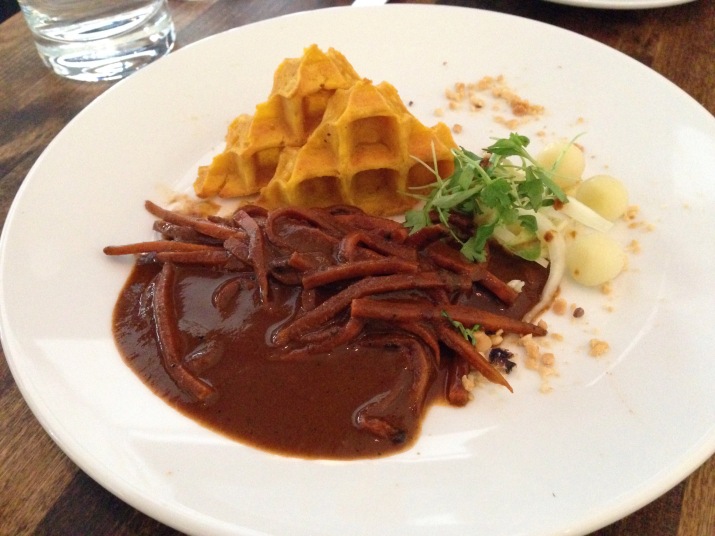 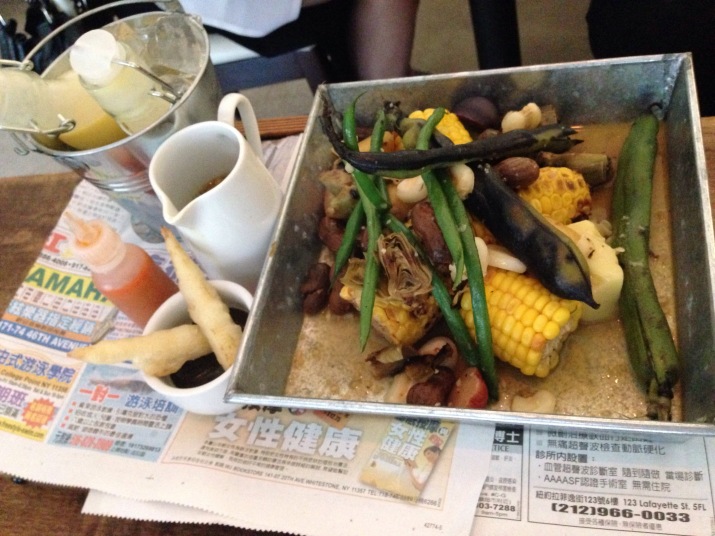 What was most shocking is that Dirt  Candy is no longer vegan. It is vegetarian and all but one dish can be ordered vegan.

Some things I really enjoyed. Like the kale, hush puppies, and corn cobs and shake in the boil. But the mix of textures and flavors in the other dishes took over and didn’t necessarily delight me. I am so sad about this.

I also ordered the corn cake with corn sorbet for dessert. 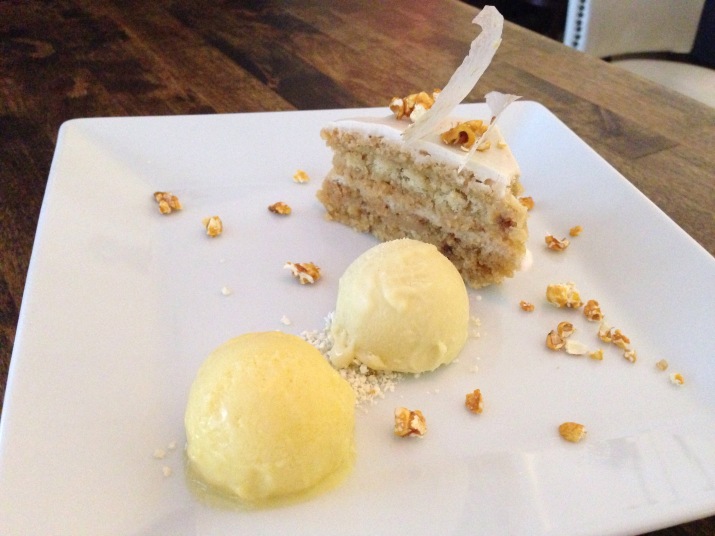 The waiter said it was the best and most popular dessert. This was yummy.

Dirt Candy gets four out of five vegan cupcakes. I will only return if friends are visiting and want to try it. It is good, but don’t expect anything to be what you think it might be.